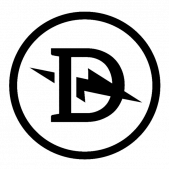 Starting as a crazy dream by Dan Dainton has finally become a reality. After years brewing for others Dan convinced his Father Kev to put his money where his beer drinking hole is and together started Dainton Family Brewery in mid 2013. Beginning life much the same as many others in the Australian Craft Beer Industry, Dainton brewing set the pace as one of Australia's leading and possibly most gypsy of gypsy brewers. After an extensive search that took them all through Victoria in 2015 Kev and Dan settled on Carrum Downs for the new home of the Dainton Family Brewery. Renowned for their off centre art work (and personalities) Dainton Family Brewery has produced many highly acclaimed brews most notably their Insane Uncle IPA and Red Eye Rye. In June 2016 the Dainton Family Brewery opened to the public with their very own 12 tap bar located right in front of the brewery.