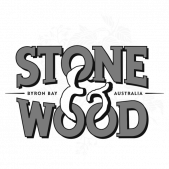 We established Stone & Wood Brewing Company in Byron Bay in 2008 after many years of working in the beer business. Our dream was to quit 'working for the man', shed the corporate garbage and get back to basics. As the original brewers of Byron Bay we built our brewery here at the eastern tip of Australia, in a part of the world where people enjoy having a beer when relaxing after catching a wave, catching a band at the pub or just catching up with friends. It's that sort of place. We brew beer for times like these, beers that the locals, and the growing number of craft beer drinkers around the country, and of course ourselves, would find simply good to drink.